Deprecated: Methods with the same name as their class will not be constructors in a future version of PHP; OptinSkin_Widget has a deprecated constructor in /home/igoram2/gadgetmakersblog.com/wp-content/plugins/OptinSkin/main.php on line 310
 Arduino project: Phone charging current 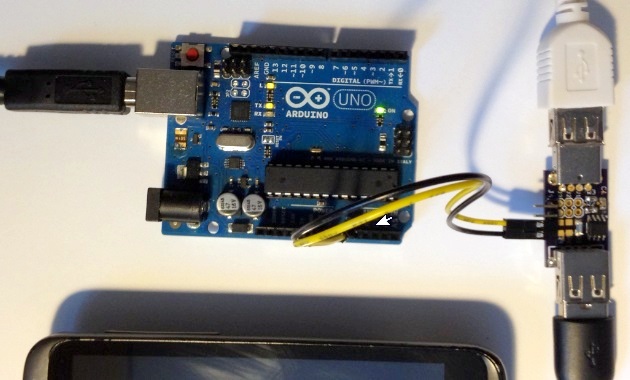 I bought a spare phone charger on eBay several months ago, and I always wondered if that charger was a genuine product or a counterfeit. Looking at it there’s no way of telling. The eBay purchased charger has all the labels just like the original.

I then figured that a way to confirm the charger is genuine is to verify it can charge at the same current level as the charger that came in the box with the phone. And that’s what I set out to do in this experiment!

I’ll do a side-by-side comparison of the charging current of each charger, and I’ll plot the results for easy comparison. In order to do that I’ll use an Arduino Uno board to collect the current and will plot the acquired data in an Excel spreadsheet so that it is very easy to see how each charger compare against the other!

In my experiment I’ll charge up an HTC Thunderbolt I have laying around.  Both the original charger shipped with the phone as well the replacement are HTC Charger Model # TC U250. Here’s what it looks like:

Charger #2 was bought on eBay from a seller called topcooltech. That seller seem to no longer be selling on eBay. I paid $3.58 for the charger, and that is with free shipping from China.

snapshot of my eBay purchase

Just as a reference blow is the label of both the Charger 1 (the original) and Charger 2 (the replacement).

The labels are a bit different, but the replacement does not look like an obvious counterfeit.

In order to read the current flowing between the charger and the phone, I’ll use an Arduino board with an USBar. USBar is a current sense shunt adapter that connects between USB devices and output a 0-5v signal corresponding to the current it senses so that Arduino can read it.

Arduino takes the analog value and sends serial (USB cable) to the PC. In the PC I’m running the PLX-DAQ, which is one of my favorite Arduino tools. 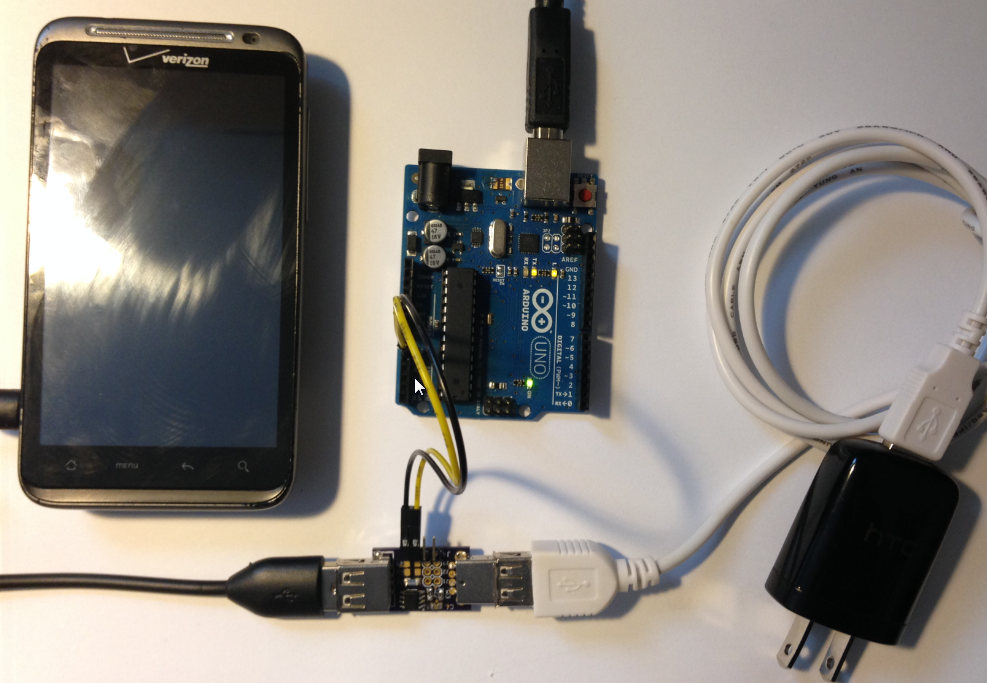 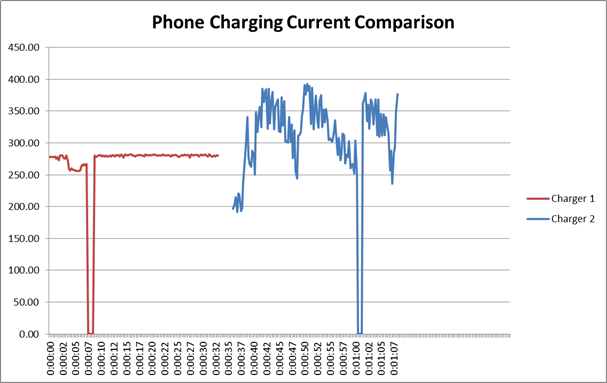 The graph shows that charger 1 delivering a solid 275mA of charging current. Charger 2 does seem to have enough current, however it fluctuates from 250mA to 375mA.

These chargers definitely produce a different charging characteristic. My educated guess is that charger 2 behavior could have a negative effect to phone or battery.

I had a battery pack (bought at Microcenter) laying around, so I decided to plug that in and see how it’s charging current compares to the phone charger.

The pack manufacturer is unclear. I’d guess it is a company called “Power”. Further, the label reads output current is 800mA 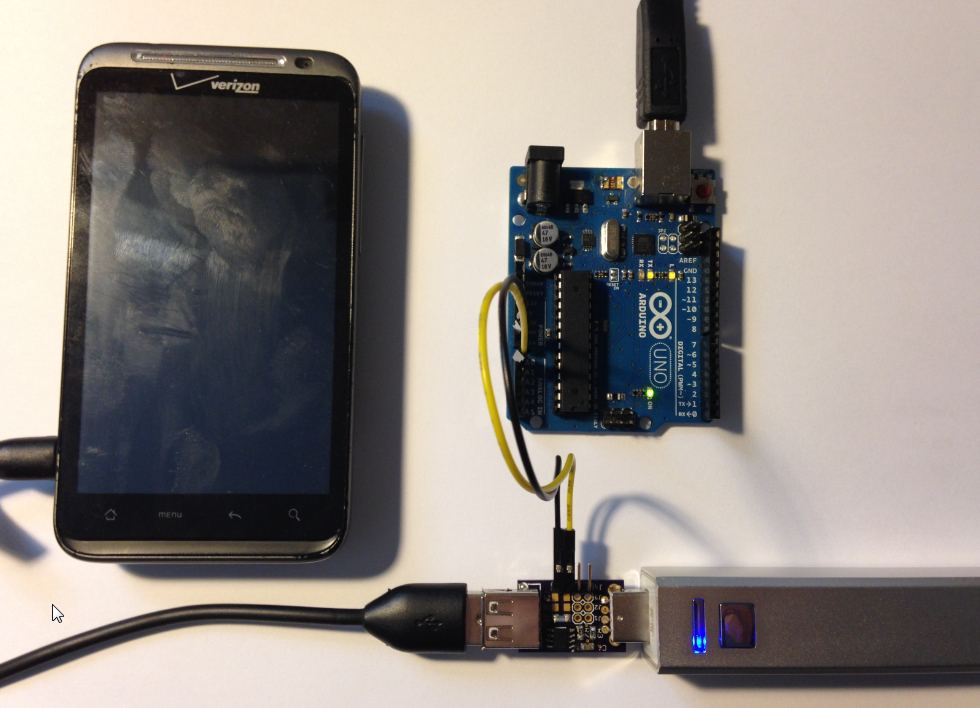 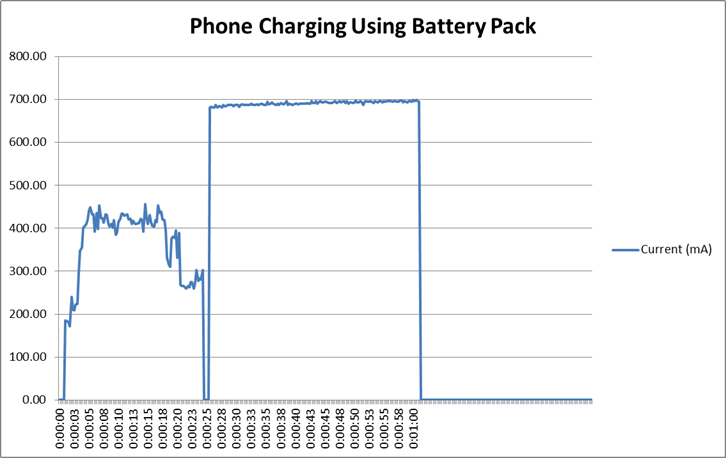 Wow! The battery pack delivered 700mA vs only 275mA the original charger did! How to explain that?